The Road to Fully Autonomous Vehicles

So far we’ve already been exposed to partial autonomous driving with autopilot and automatic modes in many new vehicles. This technology is enabling cars to park themselves, steer down a motorway, change lanes and adjust speed to oncoming traffic.

Following a consultation in 2020, it has now been announced that partial self-driving or “hands-free” driving will be allowed (with specified rules in place) on UK roads by the end of 2021. The Department for Transport said that automated lane-keeping systems (ALKS) are the first type of hands-free driving to be recognised in the UK. The Highway Code is expected to establish key safety laws regarding the use of autonomous driving technology, and this will cover the responsibility of drivers.

The UK government has long been experimenting with autonomous technology as a way of easing congestion and reducing emissions and human error. So, whilst we may be years off completely ‘driverless’ cars, there are some pros and cons to consider for when that day comes.

Computers take away the possibility of human error and distractions whilst driving. That motorbike you didn’t spot? The car’s computer did.

The technology involved in self driving cars could significantly improve road safety by reducing human error. In fact, chief executive Mike Hawkes of the Society of Motor Manufacturers and Traders (SMNT), has explained how:

“automated driving systems could prevent 47,000 serious accidents and save 3,900 lives over the next decade through their ability to reduce the single largest cause of road accidents – human error.”

As there is no possibility of human error or distraction, it’s likely there will be less accidents and reduced fatalities on the road, which many experts are describing as the biggest pro of self-driving cars.

We all experience road rage at some point in our lives. Whether you’re usually the culprit or on the receiving end of it, those days will be gone. Computers won’t do tailgating, and they don’t have middle fingers. That means a lot less of aggression like this.

Freedom for the Disabled and Elderly

Driverless cars will allow for disabled and those less mobile to get around easier and comfortably. Driverless cars mean more freedom and less dependence on other people or forms of transport.

Save Time with Self-Parking Features

Late for that date or important business meeting? No worries, your self-driving car could drop you off at your destination and park itself, whilst you get a move on.

Police Time can be Better Spent

The police will have more time to focus on important crimes as traffic incidents, speeding and careless driving should be a thing of the past.

Higher Speeds on the Roads

Just because driverless cars are predicted to be safer, doesn’t mean they will have to drive slowly. Quite the opposite in fact, driverless cars could mean higher speeds on roads as computers are the ones doing the driving – once again – less human error. 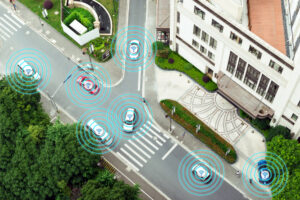 Increasingly connected vehicles means they are more vulnerable to the threat of hackers, who may be able to take over control of the cars. Equally, there are privacy concerns in the car being tracked and knowing your frequent destinations, i.e. your home.

With driverless vehicles, there is the possibility of taxi and lorry drivers losing their jobs.

Loss of Driving Skill Over Time

Many drivers will have driven the majority of their life, and suddenly, when they no longer have to drive, they could lose that well developed skill. If certain conditions then require the driver to take the wheel, they could overestimate their ability.

Whilst on average accidents may be reduced, some accidents may be worse than if caused by human error. An error in the car computer’s coding after an update for example could lead to glitches and potential accidents that could have been prevented by a human.

Not Suited for All Weathers?

As seen with car technology available today, weather can sometimes interfere with their effectiveness. For instance, parking sensors and cameras can’t work with snow. So what happens with autonomous cars’ laser sensors during harsh weather?

As you would expect, roads and infrastructure will need to change to accommodate new driverless vehicles. That requires a lot of money.

Predicting and UnderstandingCars would have trouble understanding human signals we can so easily recognise.

So, whilst we may be a few years off fully driverless cars, we can at least make use of the partial autonomy available to us today, and the number of cars offering this is certain to grow.

Until you’ve got a driverless car you’re going to need to be insured. We will help source you a competitive quote for your specialist vehicle, so contact us today.