With Halloween right around the corner, spooky goings on and scary stories are hot topics worldwide. Of course there are plenty of weird tales about haunted houses, abandoned towns and spooky ships, but what about famous phantom cars and haunted vehicles?

In this post we have a round-up of the top 5 ghost cars for Halloween:

Chilling Ghostly Replay of a Crash in Surrey 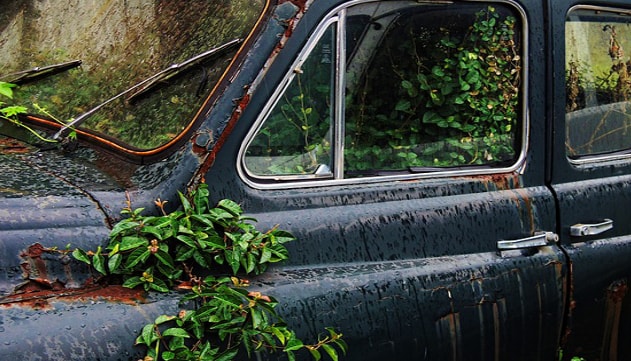 On a dark December night in 2002, Surrey Police received a frenzy of calls from worried motorists claiming to have seen a car suddenly lose control and swerve off the A3 southbound near Guildford. When police arrived at the ‘crash’ scene, they were surprised to find no trace of a vehicle – or any sign that an accident had occurred.

Concerned, the officers broadened their search to look for wreckage. This is when they made a chilling discovery. Lying nose down in an overgrown ditch, just 20 yards from the road, was a maroon Vauxhall Astra. The lights were off, the engine had long since died, and in the driver’s seat was a badly decomposed body.

Forensic examination of the body and the wreckage revealed the accident had occurred five months prior to its discovery. Surrey Police revealed the driver was a 21-year old man who was last seen in London on 16th July 2002. Is it possible that the motorists who called the police on that December evening had seen a ghostly apparition of the crash that took the young man’s life?

The Jumping Car of Cape Town

Back in 2004, locals of Cape Town, South Africa, were horrified by a mysterious jumping ‘ghost car’ which was bounding uphill on its own. Nine witnesses reported hearing the engine of the Renault Megane roar to life one evening, and after running outside saw it ‘jump’ backwards twice before smashing through a fence and coming to a stop. It was thought that someone had tried to steal the vehicle, but closer inspection revealed there was no driver in the car, no keys in the ignition, everything was locked, and the handbrake was on.

This spooky incident was written off by Renault as the result of a rusty starter cable, which caused the car to short circuit and start on its own. As it was parked in reverse, the car automatically jumped backwards. However, there was no explanation for the unusual roaring sound that occurred when the car sparked to life.

The talented actor, James Dean, tragically died when his affectionately named, ‘Little B**tard’ Porsche 550 Spyder crashed in 1955. The remains of the car were quickly snapped up by George Barris, who used them to build the Batmobile for the 1960s TV series and various other pop culture vehicles. In his possession, the Porsche’s remains were involved in a number of ghostly incidents – catching fire in a locked storing garage and mysteriously disappearing from a sealed boxcar, to name a few. Barris also sold two of the car’s undamaged tyres, both of which burst at the same time, sending their drivers vehicle careering off the road.

In addition to this, Troy McHenry – who purchased the Porsche’s engine – died when his car spun out of control during a race. Thieves who tried to steal parts of the car were all seriously injured, and during a transportation trip, the truck carrying the Porsche mysteriously lost control and the driver fell out – only to be killed by the falling Porsche which crushed him.

Although many of the ghostly tales are thought to have been made up by Barris to make money out of the wrecked car, eerie goings on actually began before Dean’s fatal accident. Following Dean’s purchase of the car, actor Alec Guinness (who played Obi Wan in the original Star Wars Trilogy) told him: “If you get in that Porsche, you will be dead next week.” Dean died seven days later. 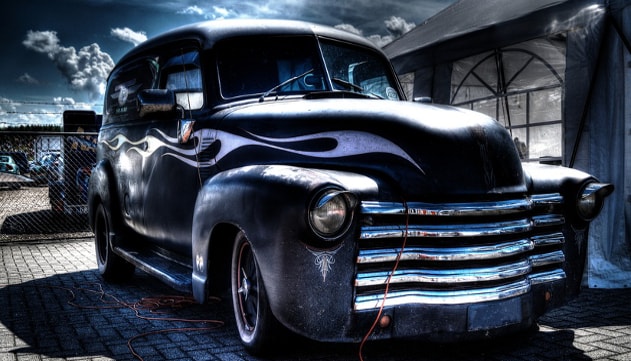 The Black Volga is considered to be one of the most famous phantom car legends. During the Soviet Union of the 60s and 70s, this fearsome car would appear from nowhere, abducting children and killing anyone who went near it. Cases were reported of people dropping dead exactly 24 hours after seeing the Volga limousine – which had distinguishable curtains and white alloys.

Nobody knew who drove the car – although many believed it to be the Devil himself – but it’s worth noting only the rich could afford this type of car during the Soviet rule. So maybe the Black Volga represented something far worse than just a ghoulish presence – the fear, oppression and violence that was so widespread under the Soviet regime.

One vehicle spectacularly synonymous with the phantom car nickname is the Garden City Ghost Car. The story goes: A policeman on patrol in Garden City, Georgia spotted a motorist driving erratically and began pursuing them. In a nerve-wracking chase, the officer manages to get close to the vehicle, but it suddenly disappears from view – only to just as quickly reappear further along in the chase.

The spookiest occurrence however takes place towards the end of chase, which ends abruptly in the most unexpected way. The erratic driver approaches what looks like a dead end dirt track, veers to the left and then shoots off into the distance. As the police car attempts to follow, it comes to a sudden halt as it approaches a high fence with a chain link – completely untouched! All you can see is the eerie lights of the car ahead, fading into the shadows.

If you have any spectral or spooky car stories we would love to hear them! Leave your stories in the comments section below or jump over to our Facebook page to share them with our fans.