Petrol prices. Every time we drive past a petrol station, we glance up in the hope that maybe, just maybe, they were lower than they were yesterday. If you own a performance car, how much cheaper was it to drive 10 years ago?

Cost of petrol over time 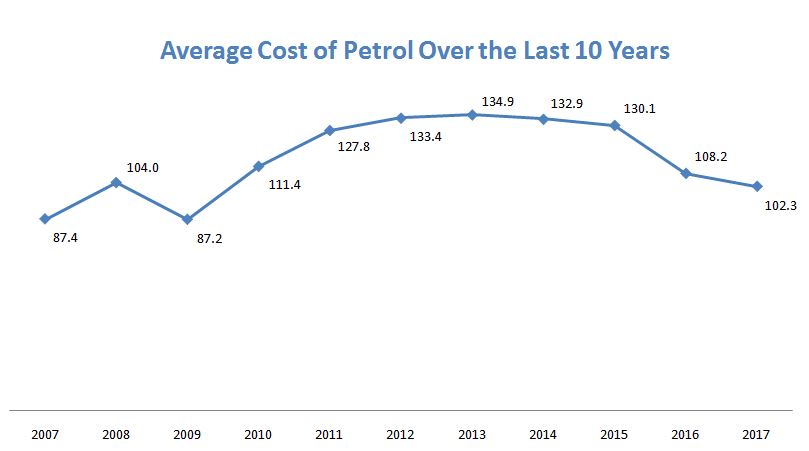 But before we get up in arms about the rise in the cost in fuel and the increase in tax duty, there’s inflation to consider.

Over the past 10 years, petrol prices have fluctuated up and down by a maximum of 20p a litre. This is a big deal for companies and institutions that buy fuel by the millions of gallons, but for the average driver, the real difference is not as big as remembering the good old days would make it seem.