As the UK prepares for a greener future, where celebrated brands like Tesla lead the charge, having your next car as an electric option may seem increasingly tempting. New taxes or an early retirement, the road ahead for diesel cars is one running against limited mileage. It would seem as Government plans, recently accelerated to 2035, are aiming to define the next decade through decisive, if clean, environmental action, the ban on selling new petrol, diesel or hybrid cars is a nearing deadline. No longer doubtful, the UK has placed confidence in electric cars as the future of transportation.

Yet, rather than waiting for the market price of electric cars to drop in the future, should you consider converting your car to electric? If so, how do you convert a petrol car to electric?

How to Convert a Car to Electric?

Indeed, a DIY conversion may seem attractive. From your own garage, you may even want to convert your petrol car to electric. As an ambitious project and keen feat of mechanical engineering, a conversion from a petrol car, or similar, to electric can be risky business.

There are expert companies that handle these kinds of skilled conversions, yet a project of this scope requires an in-depth, studied knowledge of electrical engineering and car manufacturing. These firms are specialist traders who can retrofit classic petrol cars with the plumbing of an electric vehicle. Many of these advancements promise to transition away from the tradition of burning fossil-fuel resources that spew destructive pollutants into the atmosphere.

It’s not, in other words, a casual Sunday job in the garage.

Certainly, the process of converting a petrol car to electric is an interesting one. Yet, despite green incentives to go electric, many car owners find the futuristic market of these cars an expense that is hard to justify.

The Cost of Electric Conversion: Is It Worth It?

There are a number of enticing reasons to choose an electric car over their older petrol counterparts. The big names in the automotive trade are transitioning their assemblies into higher production volumes of electric alternatives, just as the UK adjusts infrastructurally, with charging points, dedicated parking, and dynamic tax brackets.

In that laundry list, electric cars require considerably lower-maintenance; they run quietly; and you can charge at-home, rather than square up in busy queues at the local petrol station. Yet, the price of a typical DIY petrol conversion to electric doesn’t make the list.

Buying a new model, despite incentives, can feel costlier than conventional (combustion engine) cars. With price points from £20,000 upwards, the traditional car market still has its better deals. One such specialist firm, Transition-One, has the tools and knowledge to convert a car to electric. As one of Europe’s hopeful electric-conversion firms, the price points for fitting a kit costs, on average, £7,737. Yet, the list of donors, or cars willingly converted to electric, is only small, including urban favourites like Fiat 500, Toyota Aygo, and VW Polo.

Electric Car Conversions: How It All Works?

This type of engineering is a specialist task that shouldn’t be handled lightly. Electric conversions are not only expensive but, if wrongly engineered, it could damage the performance of your existing car or worse. Nonetheless, even with DIY conversions seemingly a tricky feat, it’s still a point of interest to discover how it all works.

Owners who hire out a third-party conversion, through a specialist trader, will find their existing car becomes a sort of “donor”, or canvas that the new electric engineering will run through. Another pain to home conversions, an outside firm will be able to properly source the parts required to retrofit, an electric vehicle.

With electrical engineering, one of the most impressive feats is how a central battery functions essentially as an engine, powering the car cleanly through electric impulses that are taken from the grid during a charging period. A conversion will require the use of different specialist parts, including motors, controllers, and batteries.

Interestingly, the operation of converting petrol cars to electric can actually improve the overall performance of a car. This is because, when engineered properly, mechanics are given more freedoms with electric cars to redistribute weight, which helps with the performance of a vehicle.

As the future spills with new and exciting possibility, the ease of choosing electric will likely become increasingly attractive and tempting to UK car owners. These cars may leave a greener, if more invisible, footprint on the earth. But what is the price you are willing to pay for it?

It’s no easy feat finding the right coverage for your electric vehicle. Keith Michaels, one of the UK’s leading insurance specialists for modified cars, can help get you a quote today. 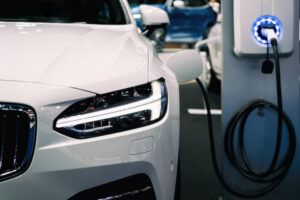