On June 22nd 2001 director Rob Cohen brought us a high octane street racing movie called The Fast And The Furious. While receiving mixed reviews from critics at the time, the movie was a smash hit with audiences, becoming a financial success that spawned no fewer than seven sequels with the latest, Fast 8, coming to theatres next year. Over the last fifteen years, the Fast franchise has become Universal Pictures’ most lucrative cash cow with worldwide box office takings of over $3.9 billion.
To celebrate the 15th anniversary of the franchise, the original film is being brought back for a limited theatrical release.


The Fast franchise is all about the cars, so in celebration of the 15 years of nitro-fuelled, tyre smoking action, let’s take a look at some of the sweet rides from the original movie.

The first cars we see in the movie are the crew’s matching Civics. These black beauties have matching green underlighting and are used to hijack big rigs full of expensive goods.

Undercover cop, Brian O’Conner (Paul Walker) needs to sneak into the world of underground street racing. So he arms himself with this Mitsubishi, which we first see racing around a parking lot at Dodger Stadium. To get an edge, he installs nitrous, but ends up getting more than he bargains for…

Racing the Mitsubishi is Dominic Toretto’s (Vin Diesel) Mazda RX-7. With a combination of Zen philosophy and extreme violence, Toretto rules the road in the night time world of illegal street racing. This RX-7 is fitted with nitrous bottles under the passenger seat, a useful feature when you consider the weight of the sound system the car is carrying.

Dominic’s sister, Mia (Jordana Brewster) uses this Acura Integra to tear up the LA streets, showing that street racing is not just a boy’s game.

After his Mitsubishi explodes (spoiler alert), Brian picks up a knackered Supra Turbo and fixes it up to pay off his debt to Dom. Thanks to some chop shop wizardry, the Toyota is transformed into a car that’s so fast, it outruns a Ferrari! 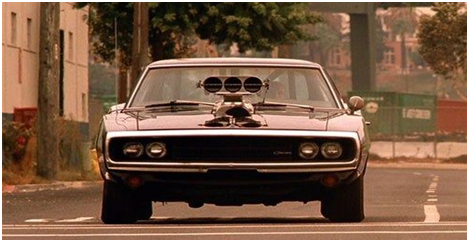 How do you spoil a classic car? By sticking a stupid and redundant air intake on the bonnet. This thing is so big you can hardly see where you’re going! Which is probably why Dom crashes it in the climactic final chase. #TerribleTuningTuesday anyone? 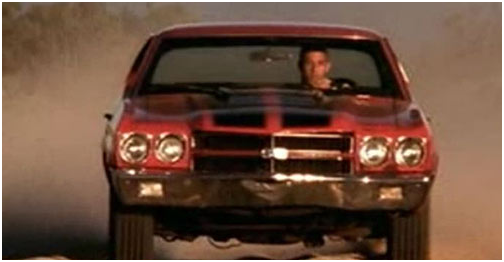 This is Chevvy can only be found in the post-credits scene of the original movie. After escaping to freedom in Brian’s Supra, Dom swaps it for this classic hot rod. A much better car for cruising the highways of Mexico.
And there you have it, the sweetest cars in The Fast And The Furious. Since 2001, we’ve seen a host of faster and flashier cars from all over the world. The latest movie in the franchise, Fast 8, features a $17million garage featuring a number of concept cars.

Which is your favourite car from the Fast and Furious movies? Let us know in the comments.